Lately, I've been reading about bread as the basis for soups, sauces, desserts -- dishes in which the bread is blurred and blended beyond recognition. Sometimes these are created as ways to use leftover bread, but often, they are extended uses of bread that open up new possibilities for a basic food.

Got extra doughnuts? From leftovers . . . 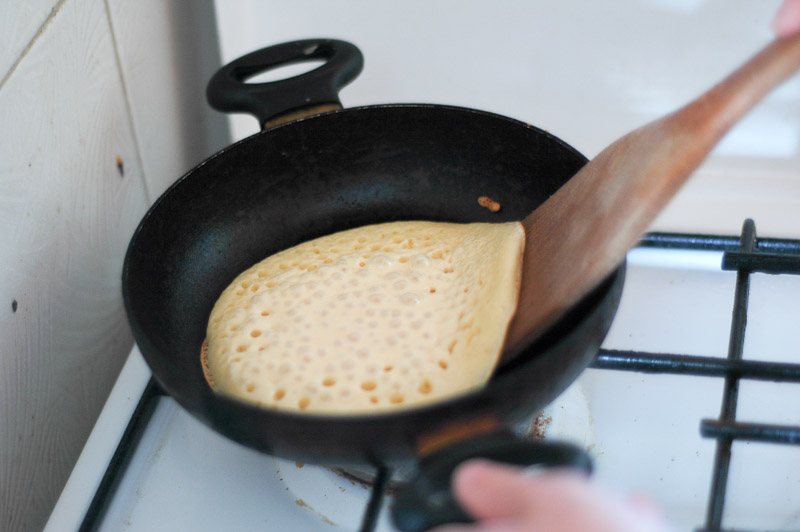 WikiHow, How to Make Basic Pancakes.

Coincidentally, while I was pondering this, a cousin posted a note on Facebook asking why anyone in their right minds would mistreat perfectly good doughnuts and strawberry jam by making them into doughnut pancakes with strawberry-coffee sauce. The answer is that doughnuts are a form of bread and the pancakes are a perfect example of foods that can serve as a hiding place. The reason why you would do this? Leftover doughnuts get a second, delicious life (and strawberry-coffee sauce adds sweetness and a hint of bitter complexity to the intensity of the pancakes).

In these incarnations, bread loses its character as bread, and becomes the mystery ingredient that serves as the base for the dance of the other flavors.We're not talking about chunks of bread here tossed into salads or soups or puddings, or bread crumbs coating foods that are then deep-fried. Those are topics for another day. We're talking invisible, subtle, not identifiable as bread.

Soup is another way to make bread disappear. From bread . . . 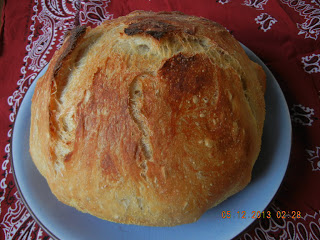 ChezPim blog, slow and difficult soup (a different version of the "simple bread and onion soup").

One of the best hidden-in-plain-sight recipes comes from The Foodie Handbook by Pim Techamuanvivit  "Simple bread and onion  soup," (page 22-25) uses toasted bread, onions slowly caramelized in butter, and milk, all pureed together to create a creamy deliciousness that takes the old toast and milk comfort favorite to new levels. Another expert suggests using pureed bread to thicken any soup.

makes a savory topping for pasta, rice, fish or polenta.

From medieval days on, bread sauces were spooned over poultry or roasts. Culinate provides a recipe from Deborah Madison's Vegetable Literacy where bread pureed with oil and herbs makes a pesto-like sauce.  In Madison's "Thick Marjoram Sauce with Capers and Green Olives" the bread plays its role as a thickener, leaving the starring parts to the herbs and seasonings. 101 cookbooks suggested topping a frittata or salad with it.

In the long and complex journey from wheat to bread, taking a few more steps beyond the fragrant loaf opens up new possibilities that go well beyond the basic slice. 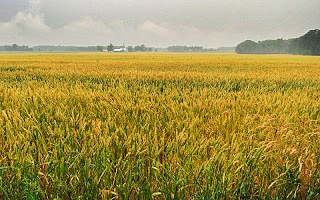