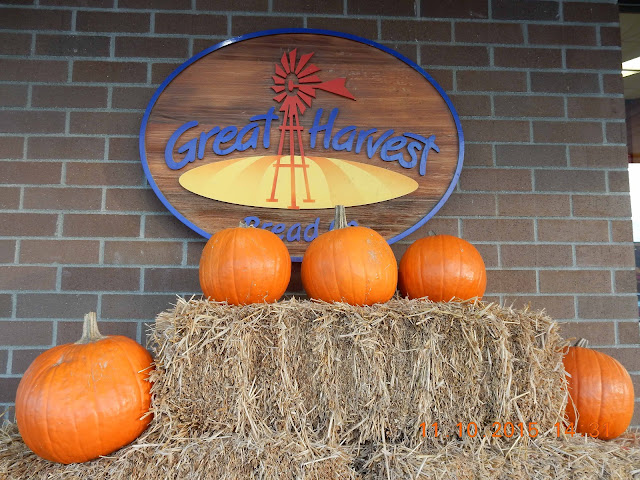 Anchorage has its share of excellent bakeries, among them Great Harvest Bread. It has the distinction of being a national franchise, with local owners Dirk Sisson and Barbara Hood bringing to fruition the high standards set across the country. Dirk spent an hour recently showing me around and describing the care and attention they pay to every aspect of their work. 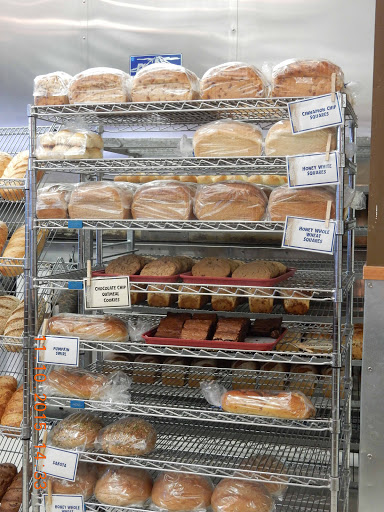 Outside their bakery and store/cafe sits a bale of straw with pumpkins for the season. Inside, racks of the day's breads, and courteous staff people cutting samples to be topped with butter or honey greet customers. 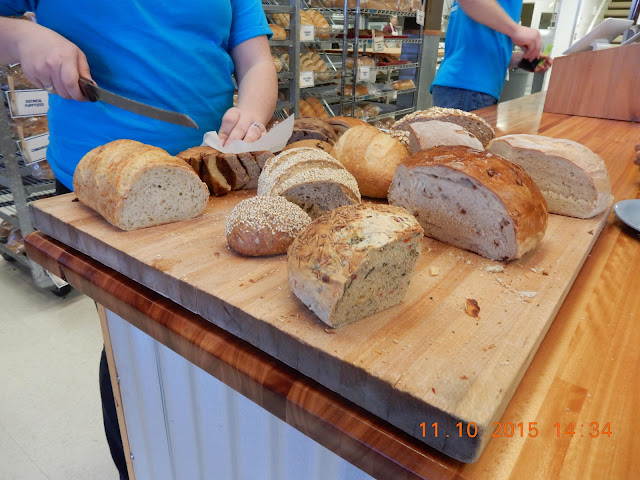 Dirk and Barbara support local artists and writers, and this month their show focuses on intriguing photos by Bob Eastaugh and collages by Suzanne Dvorak. 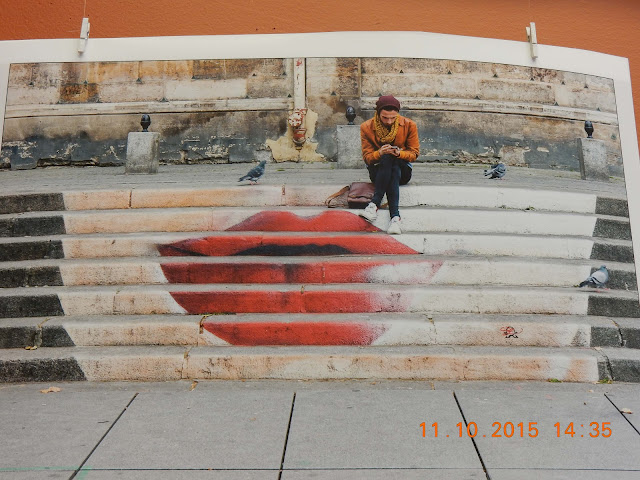 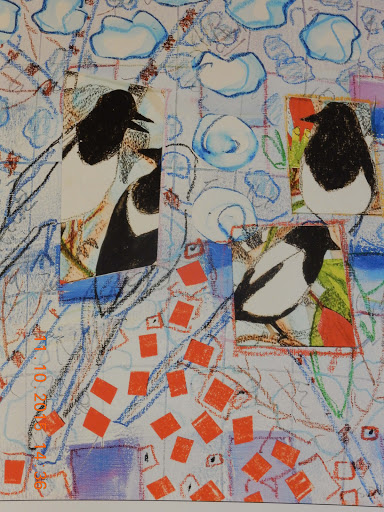 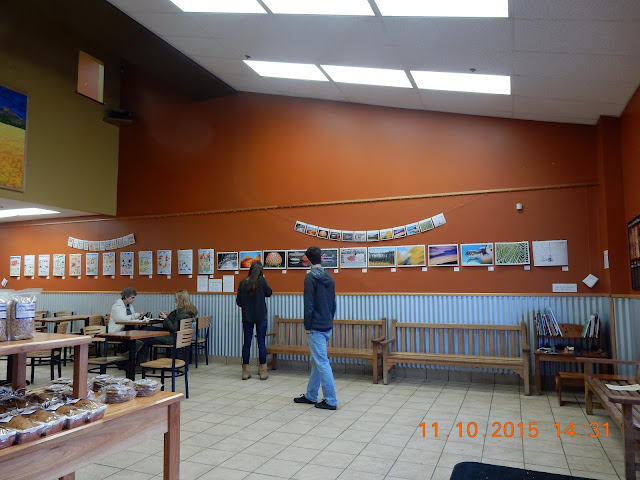 Customers can get their breads or pastries to go, or relax in the cafe section. 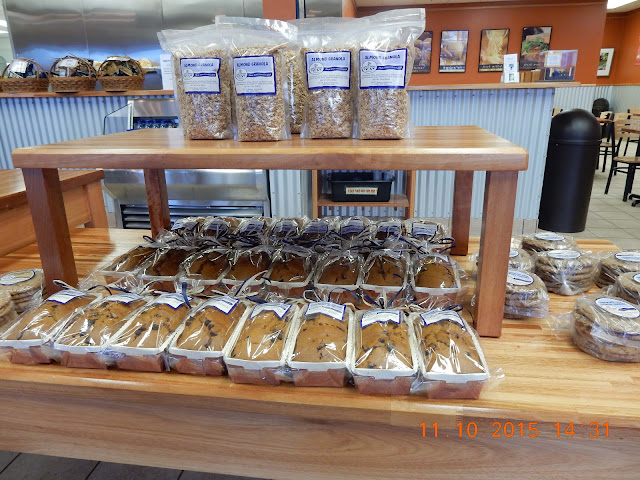 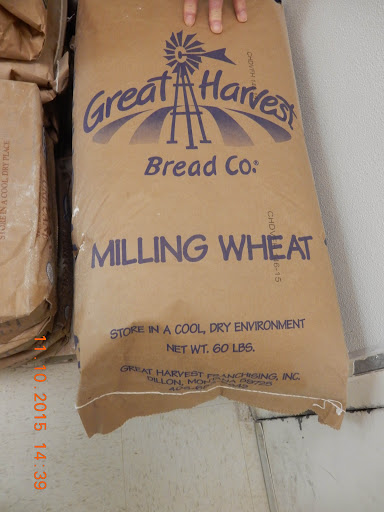 What makes Great Harvest unique? Besides their consistent high quality, and the great variety, their insistence on freshness adds depth to their food. They grind their own whole wheat flour fresh each day, using a hammermill set in one of the back rooms of the bakery. The wheat comes from Montana fields, blended to assure uniform performance from the grain in each batch. Dirk says that they grind only enough to use within a few days so that the oils in the kernels have no chance to grow stale or rancid. 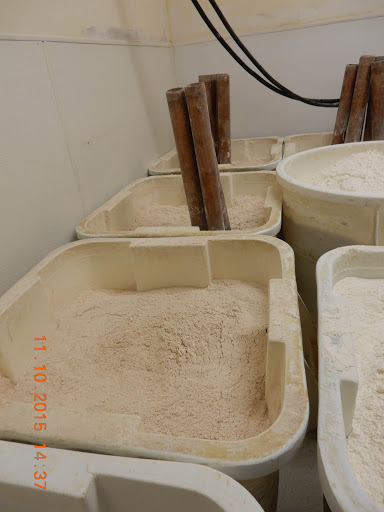 Bins of white flour, and fresh-ground wheat flour ready for mixing. The copper pipes in the center of the bins of whole wheat flour draw away the heat created in the grinding process so that the flour stays cool enough for making dough. 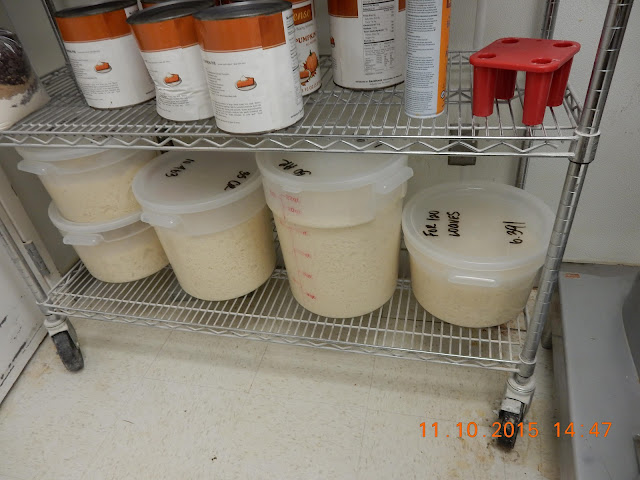 Like most bakeries, even those featuring small-batch artisan loaves, Dirk uses both bakers' yeast, and his own sourdough, depending on the needs of the bread. The lower shelf of the cart holds his fermenting dough, each one marked to show where it is in the three-day process of developing as a sourdough. 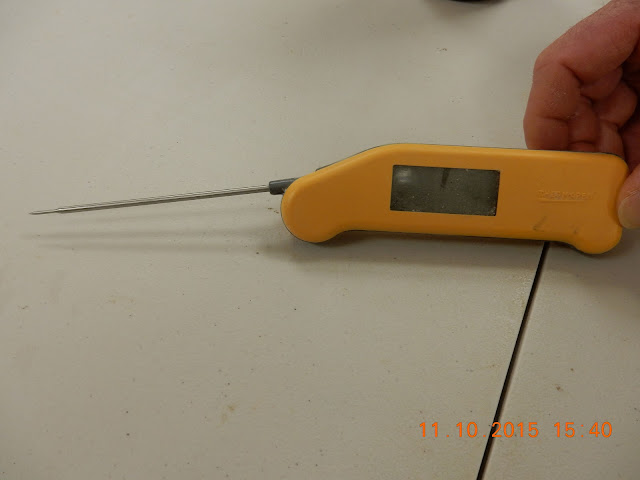 This temperature probe is one of the most essential tools for good bread, Dirk says. Bread-making is a mix of science -- the exact proportions of flours, liquids, yeast, salt, sugars (Great Harvest uses small amounts of honey in their breads, in part to encourage the yeast to grow, and in part for flavor), and art -- every change in temperature of the room, moisture in the batch of flour and in the air, and a dozen other factors will change how the dough grows (develops). Dirk suggests using the temperature probe about five minutes before the estimated baking time is finished. There are various ideas about the temperature for a loaf of bread; if you are baking, check the recommendations in your recipe.

One interesting point was the order that Dirk uses to mix the dough. Because flours can vary so much in their moisture content, he measures the water first and puts that into the mixing tub. Then he adds about three-quarters of the flour specified in the recipe and begins to mix. Within a short while, he can tell by the way the dough is coming together whether it needs more flour. He adds the flour  slowly, to make sure that the dough doesn't end up too wet or dry. If the dough is a little "harder,"  than usual, he bakes it at a slightly lower temperature, but for about the same amount of time. 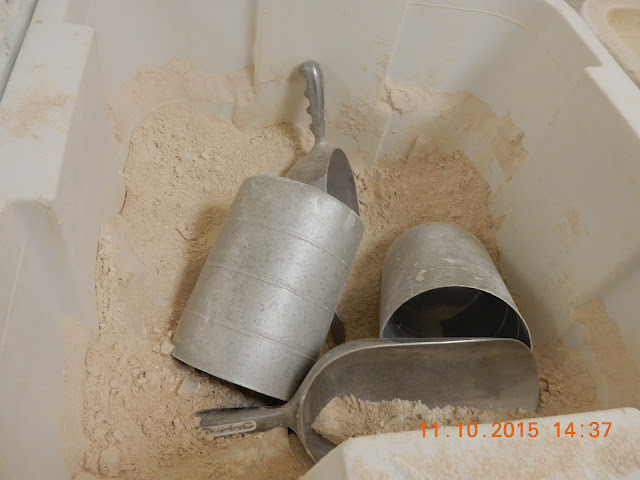 We talked for a while about the protein content of wheats. Very high-protein wheats are often considered the best for breads, but they may not have as much taste, or may be missing other desirable qualities. Mills often blend flours so that a lower-protein tastier grain combined with a higher-protein wheat gives the baker the optimum combination for reliably rising bread that is also delicious 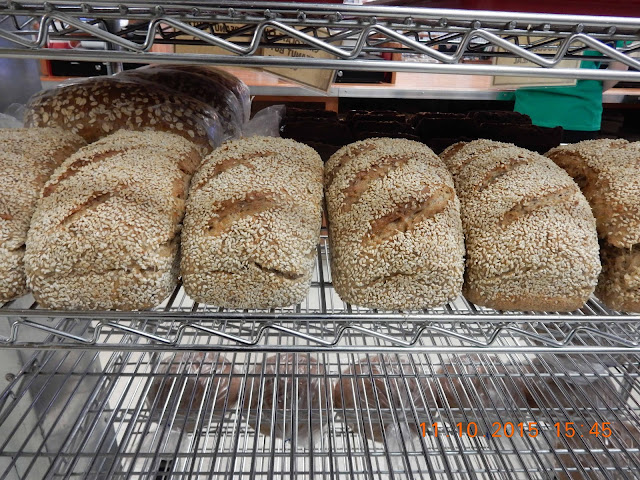 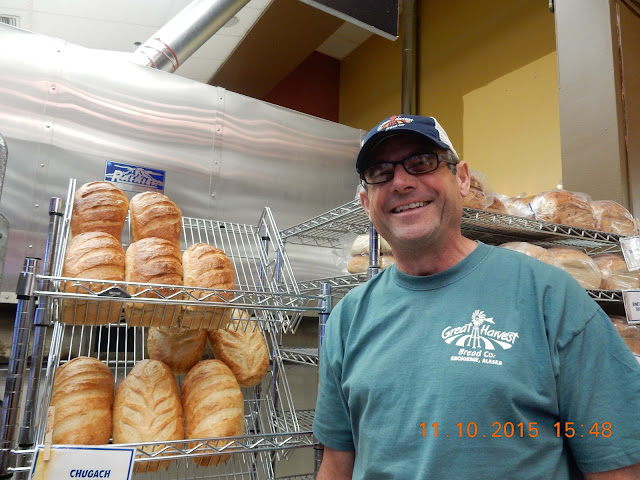 Dirk Sisson and the beautiful breads that he and Barbara have been baking since 1994. 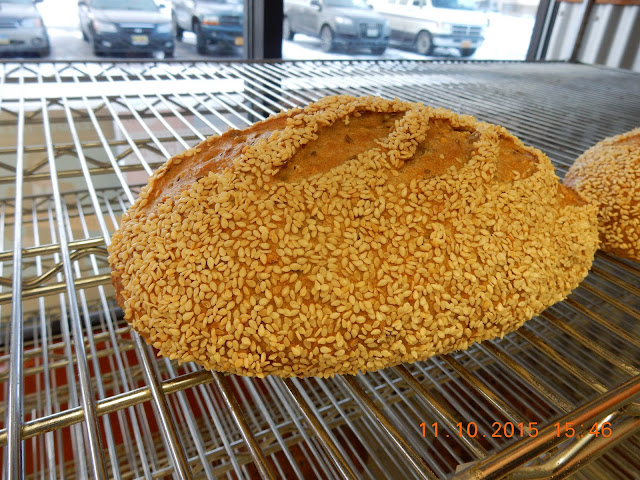