Depends on who you ask, of course. Wheatavore checked out a few different sources, among them Huffington Post, Epicurious, and a couple of English web sites. HuffPost’s predictions for 2013 hedged their bets by tallying up forecasts from several other sites and showing those that made more than one list.

• HuffPost highlighted “Artisanal Bread at restaurants,” based on its mention by Baum and Whiteman, and Bon Appetit. About time? I have a stack of artisanal bread cookbooks and guides waiting to be read, so it’s been around for a while. But more restaurants – not just bakeries like Tartine, and locavore specialists like Faviken in Sweden –  are beginning to feature their own sourdoughs. Huff Post directs the reader to Baum and Whiteman’s site which notes that restaurants aren’t just setting out the bread – in European style, they’re charging for it -- but also offering more distinctive choices. 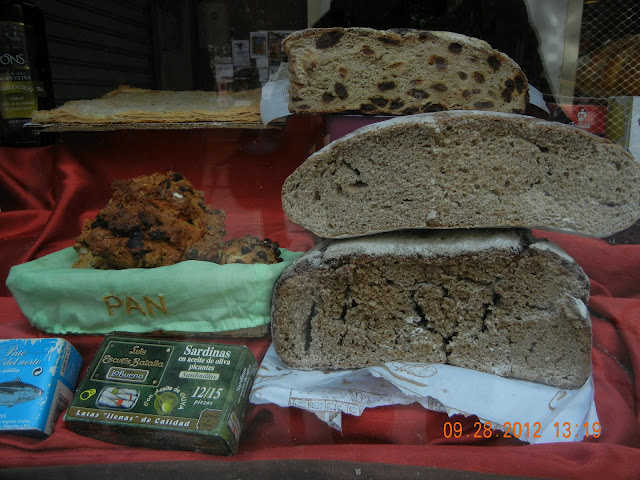 Bon Appetit notes that bread is being served in new ways – “sourdough fried in pork fat and served with house-made butter.”

Agreeing with HuffPost, Etai Baron, co-CEO/founder, Udi's Foods Local says that Northern European breads – of the sort popularized by Noma in Denmark, Faviken in Sweden, and Tartine in the U.S. – will be more prominent than the breads of the Mediterranean. The northern breads tend to be sourdoughs, and often use a wider variety of grains, mixed in with the wheat flours.

• HuffPost also highlights another Bon Appetit trend, grind your own grains for those baking at home. Some stores sell bulk grains and have mills on-site. Hand or motor-driven mills are also available for home use. You can experiment with different blends of hard and soft wheats, colored wheats, or blends of grains. Or you can go locavore, growing your own wheat or finding a nearby source, and milling it yourself to get the freshest and most intimate terroir.

• A web site devoted to fast food restaurants suggested that places like Wendy’s are beginning to serve sandwiches on more exotic breads, including flatbreads. “During its investor day in June, Gerard Lewis, Wendy's senior vice president of Culinary Development, said he wants to be the first to market flatbread. . . . Wendy's also is exploring other types of breads such as a cheddar/jalapeno bun and a pretzel roll.”

• Epicurious offers its own set of predictions, some of which involve wheat. For example, we will be creating snacks at home, such as Vanilla Snack Cakes to make up for the loss of Twinkies [which I predict will be back on the market within the next twelve months, perhaps with a different name or a new manufacturer, but we aren’t likely to be deprived of our favorite non-food treat for long].

• In England, Lost in Catering is big on food trucks (which some U. S. websites think are so 2012 or even 2011), and new ways to wrap foods: “. . . Meats are increasingly being wrapped with Turkish pizza or stuffed Naan to add flavour.” The food trucks experiment with Chinese bao (dumplings) filled with more Western meats, and fusion choice such as “roti rolls,” a mix of Turkish and Indian foods, the roti being an Indian flatbread. For seated dining, sourdough pizza rules. [I have to make a personal pitch here for Rocca, a Kensington pizza place that we ate at in November 2011 with dough made from a “naturally yeasted” wheat and spelt mix – full of flavor, but not sour.]

• Another United Kingdom site suggests that American baked goods will give way to British traditions, especially regional baked goods – most of which I don’t recognize, but will have to research – “We're moving away from American-inspired bakes, such as whoopie pies, towards British ones. Maids of Honour, Bath buns, parkin, pikelets, Singing hinnies, Staffordshire oatcakes . . . there’s a rich national heritage to be explored.” Any national heritage that include Singing hinnies surely needs more attention. [Turns out that they are a kind of griddle cake, rather like a fried scone, made with flour,butter and/or lard, milk, sugar, and currants. They "sing" as they sizzle on the pan; "hinny" means honey -- affectionate slang for something sweet.]