One of the day's highlights, Tern Lake, at the junction of the Seward and Sterling Highways. Swan and gull, Tern Lake. The swan was one of a pair; the gull was one of a flock. Not many other creatures. We saw a moose running along a meadow by Summit Lake, and half a dozen eagles near where the hooligan (fish) will be coming soon, but none were available for photo ops. 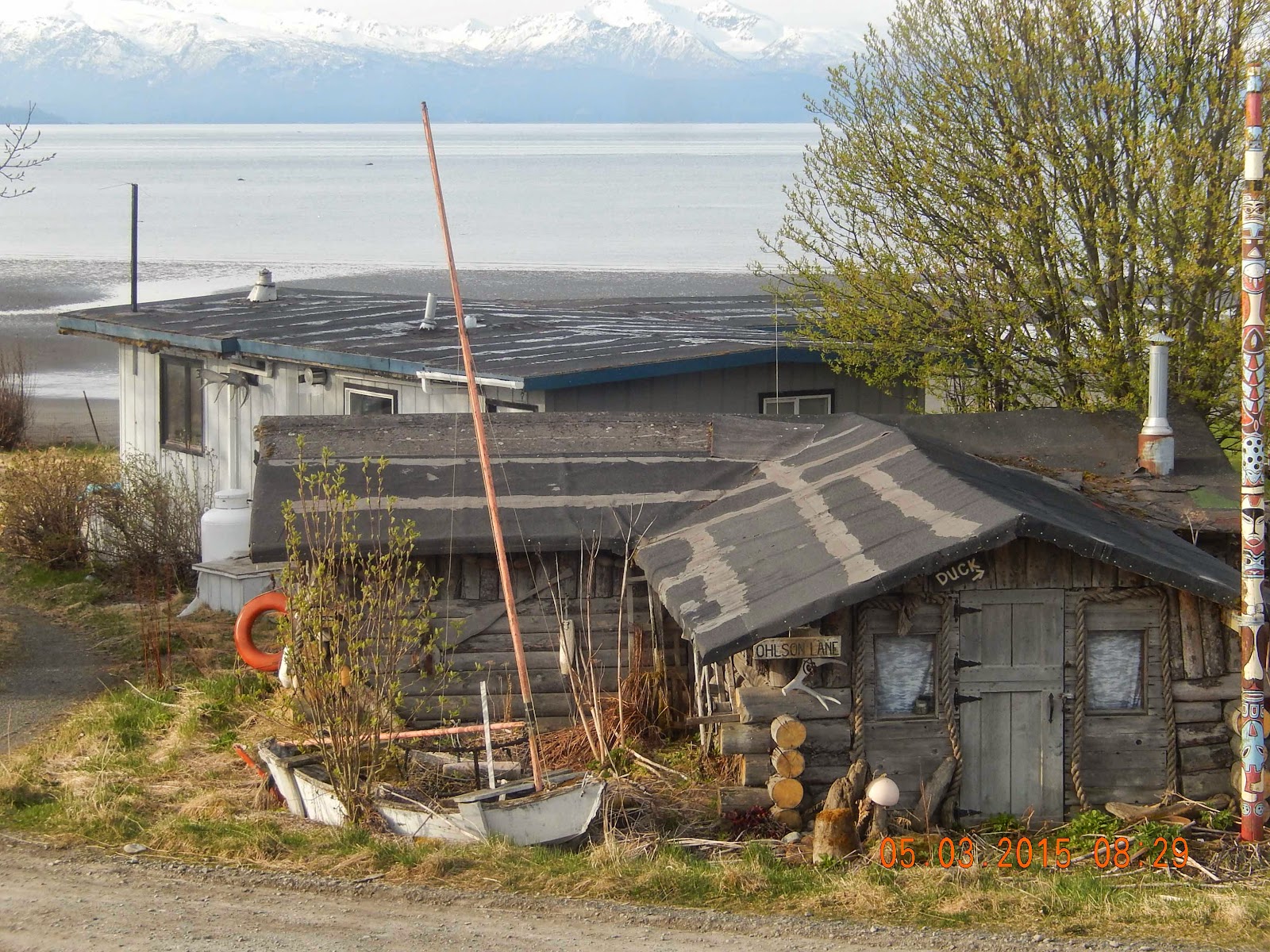 We started in Homer, with a morning view of the little cabin across the street from the Driftwood Inn. The tide was out at Bishop's Beach, visible beyond the house. 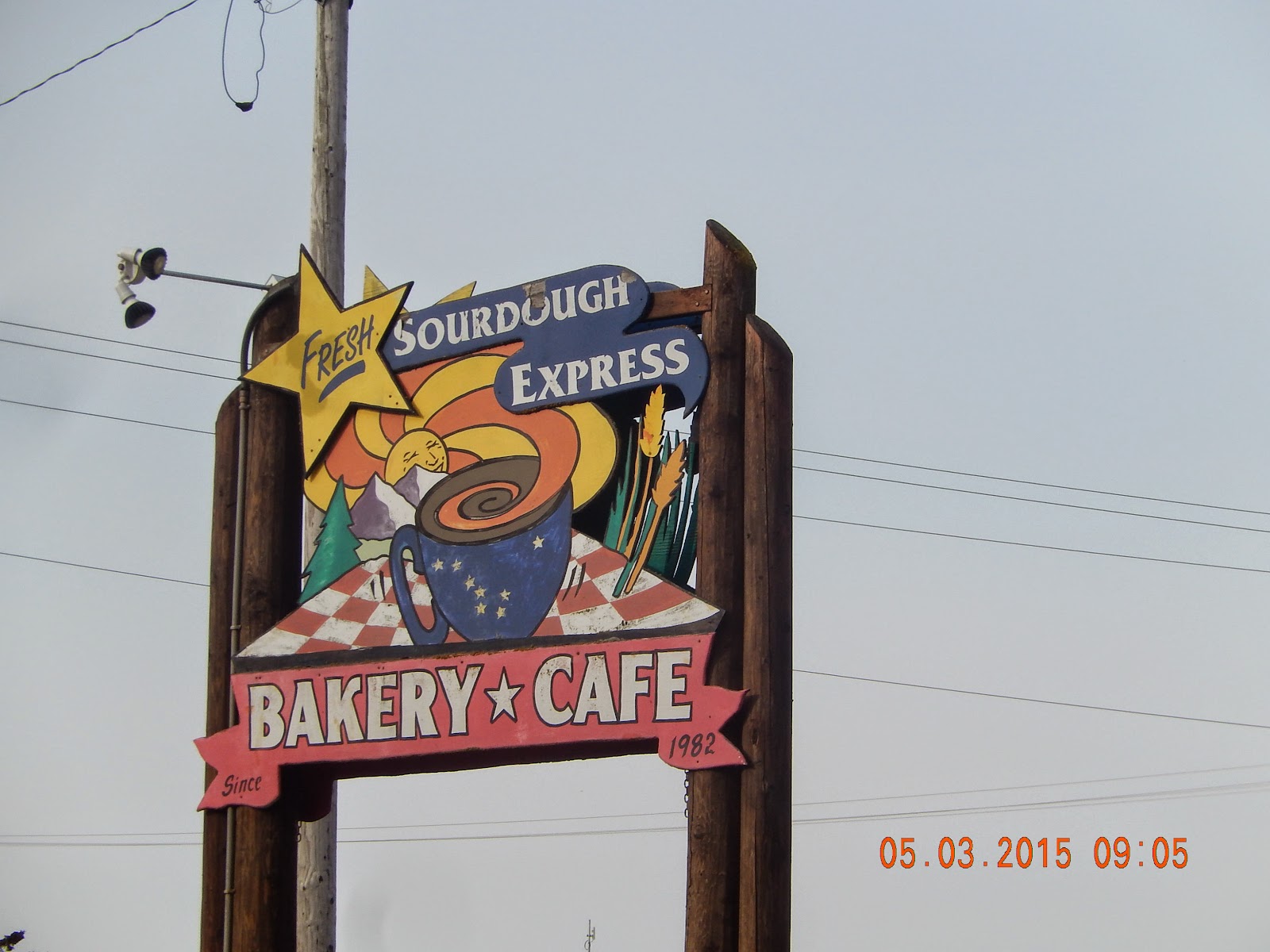 Breakfast at Sourdough Express, which serves organic breads and substantial and delicious meals. They're located on the road to the Spit, and have been there since about 1982. Ice still on the big Summit Lake (Upper? Lower? Can never recall). The smaller one (with Summit Lodge at its western end) was about two-thirds ice covered. 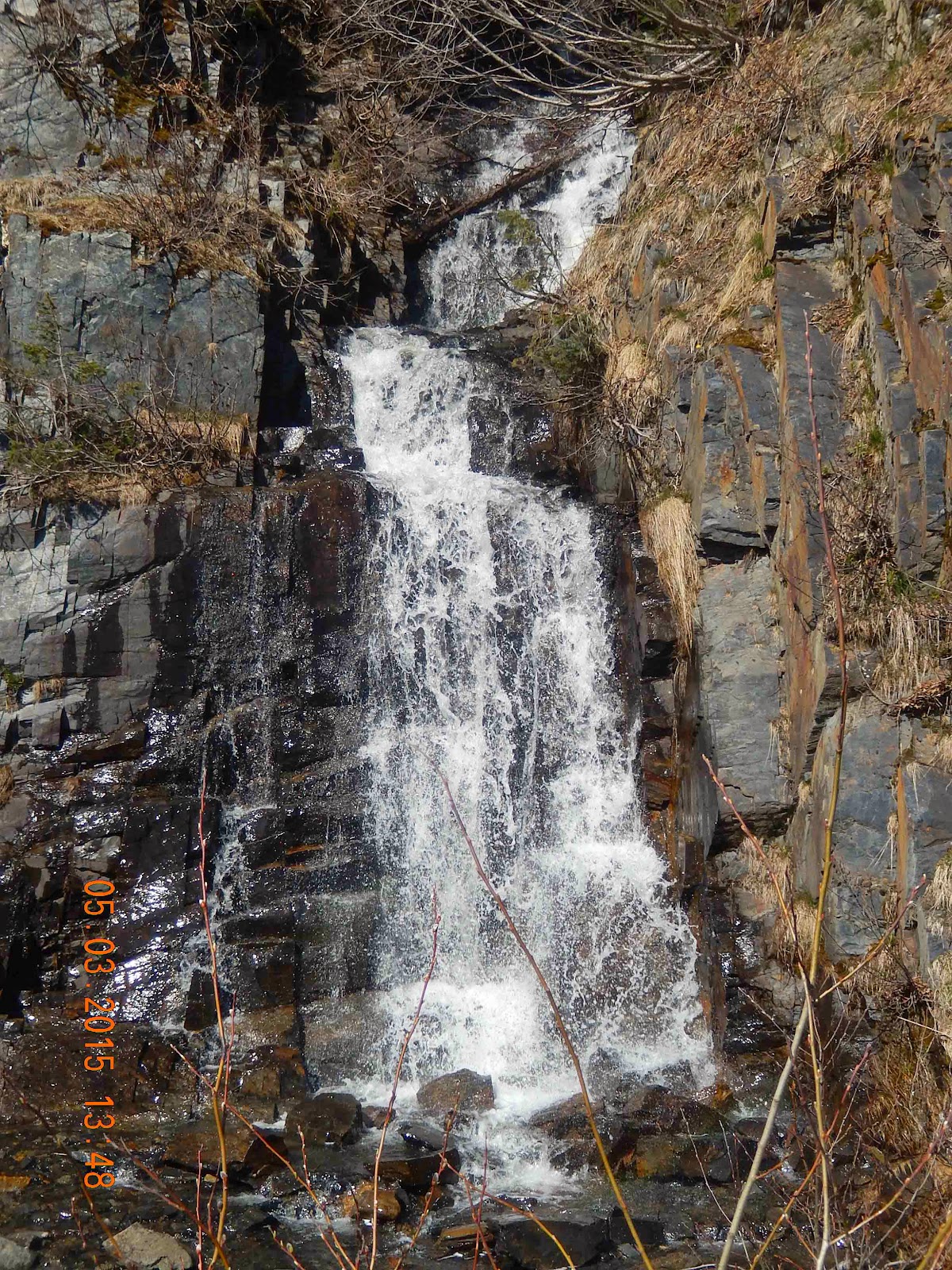 Waterfall, about halfway down/up the hill between Ingram Creek and Turnagain Pass. 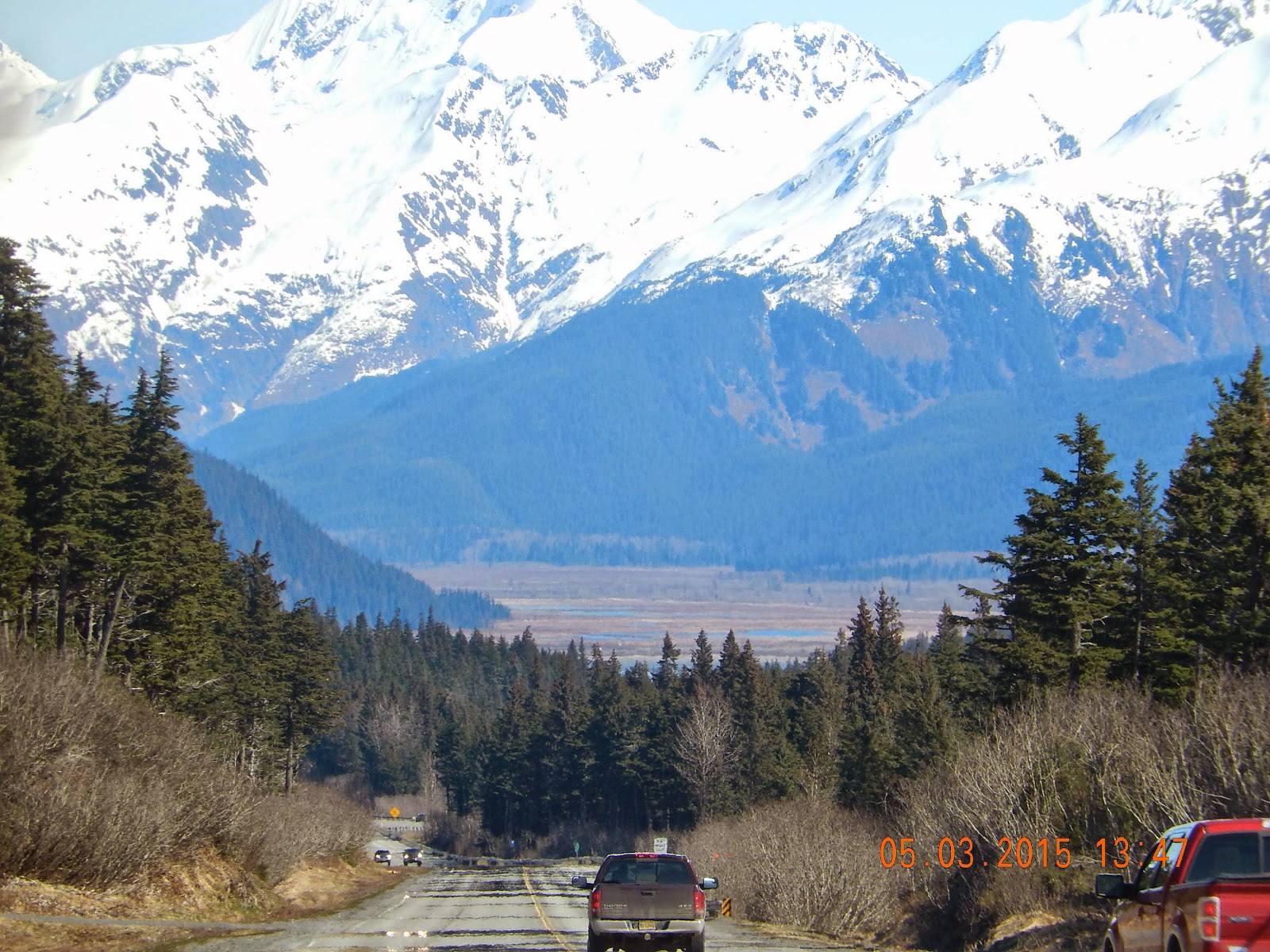 The east end of Turnagain Arm, seen from the waterfall. Spring green trees along Turnagain Arm, much brighter than anything in the mountains, or along most of the Sterling Highway.

Once back in Anchorage, we saw a few other things (including the season's first mosquitoes, but the only photo available is not a pretty sight): 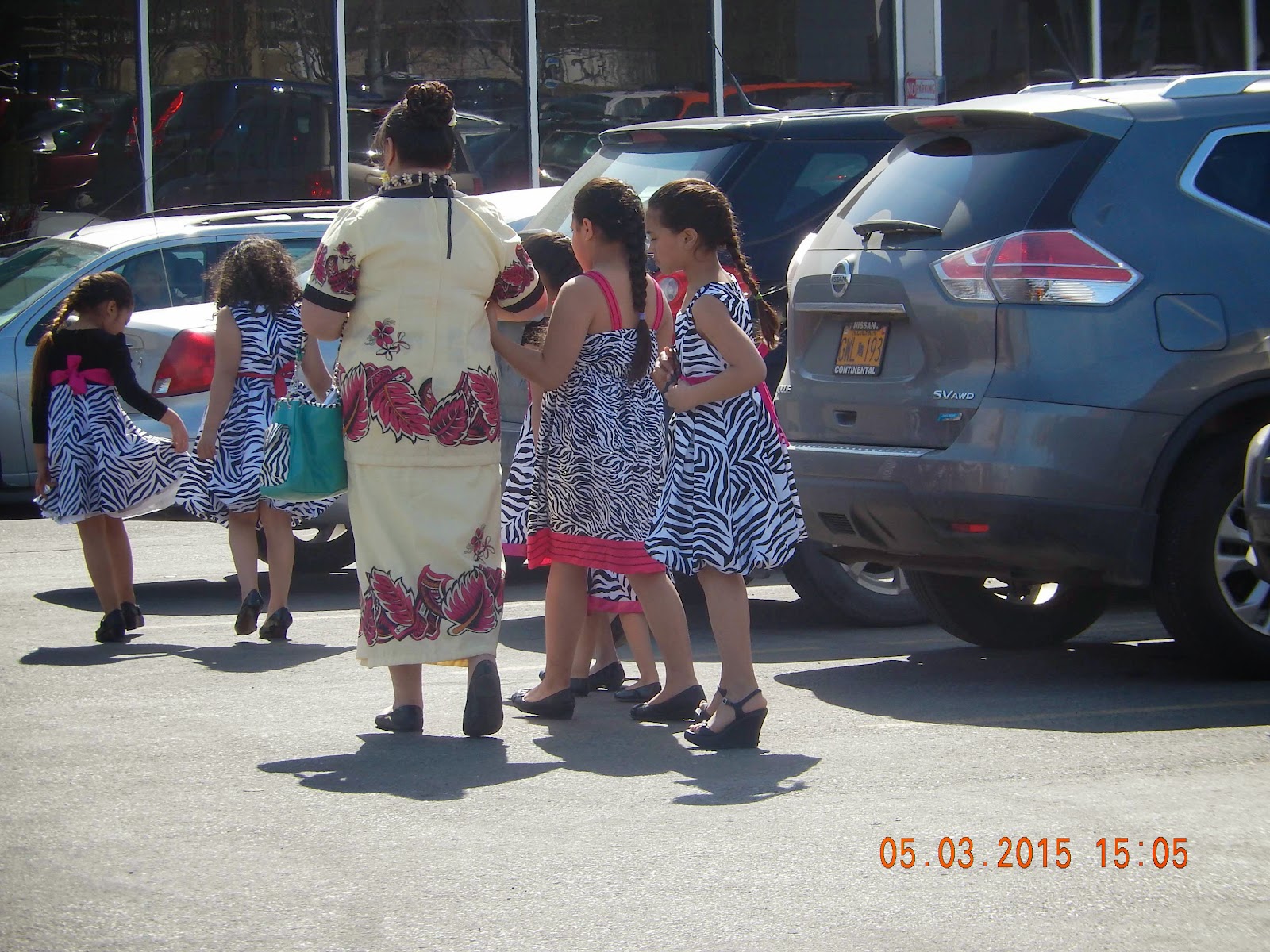 A group of costumed girls, dancing along in the Costco parking lot. 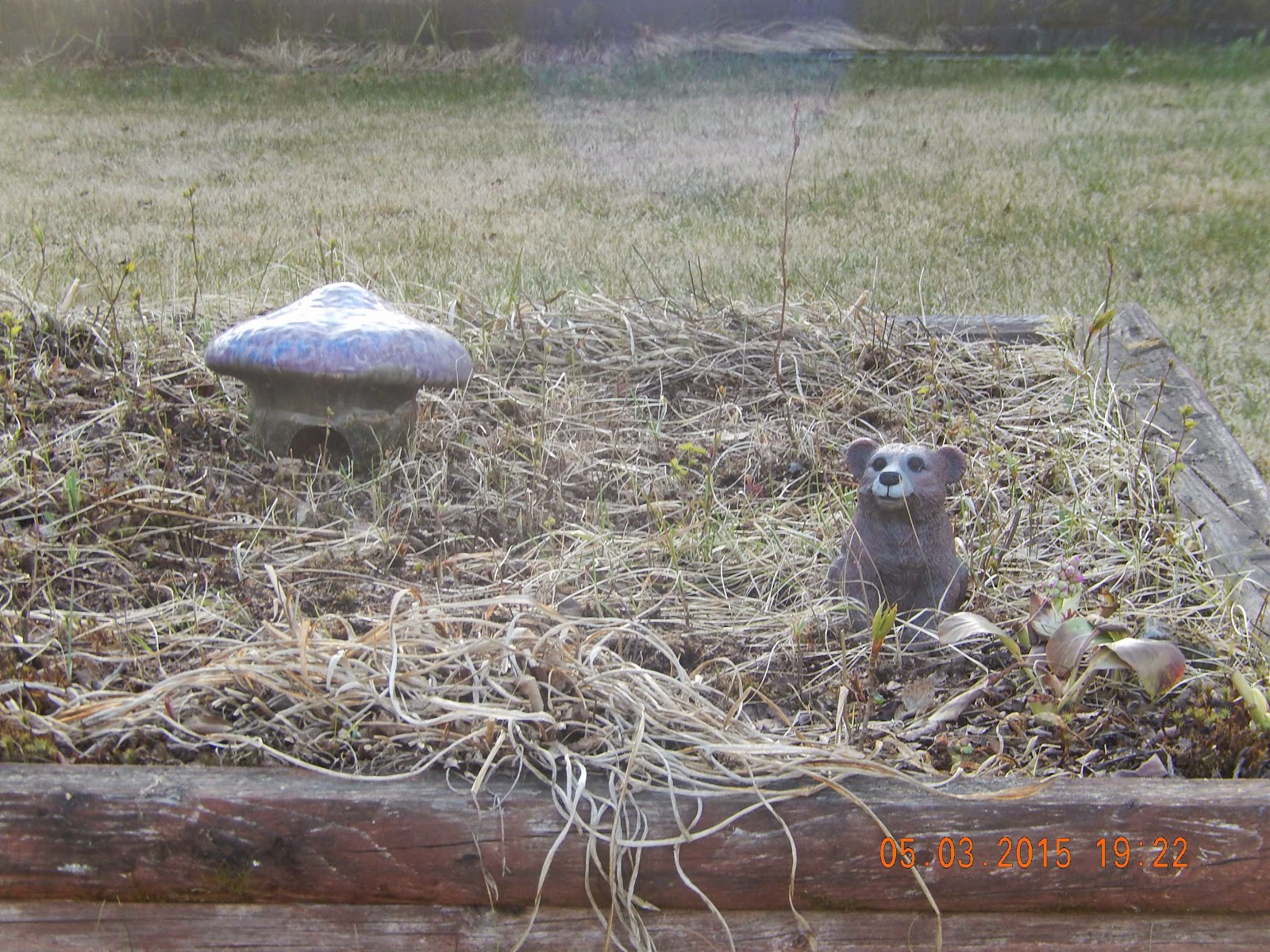 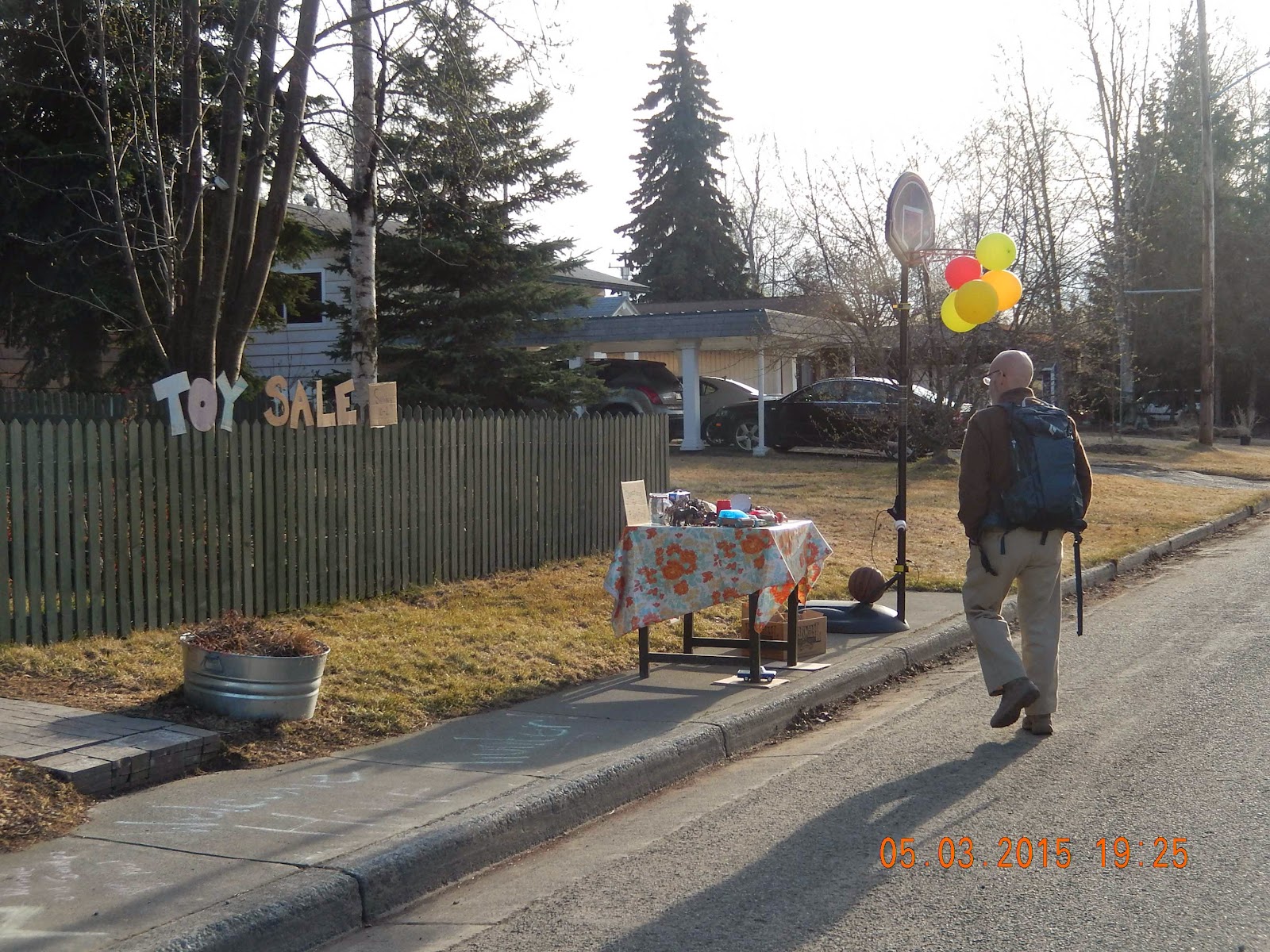 A toy sale, conducted on the honor system. The toys were set out on a table, along with a jar that said, "Puppy Fund." 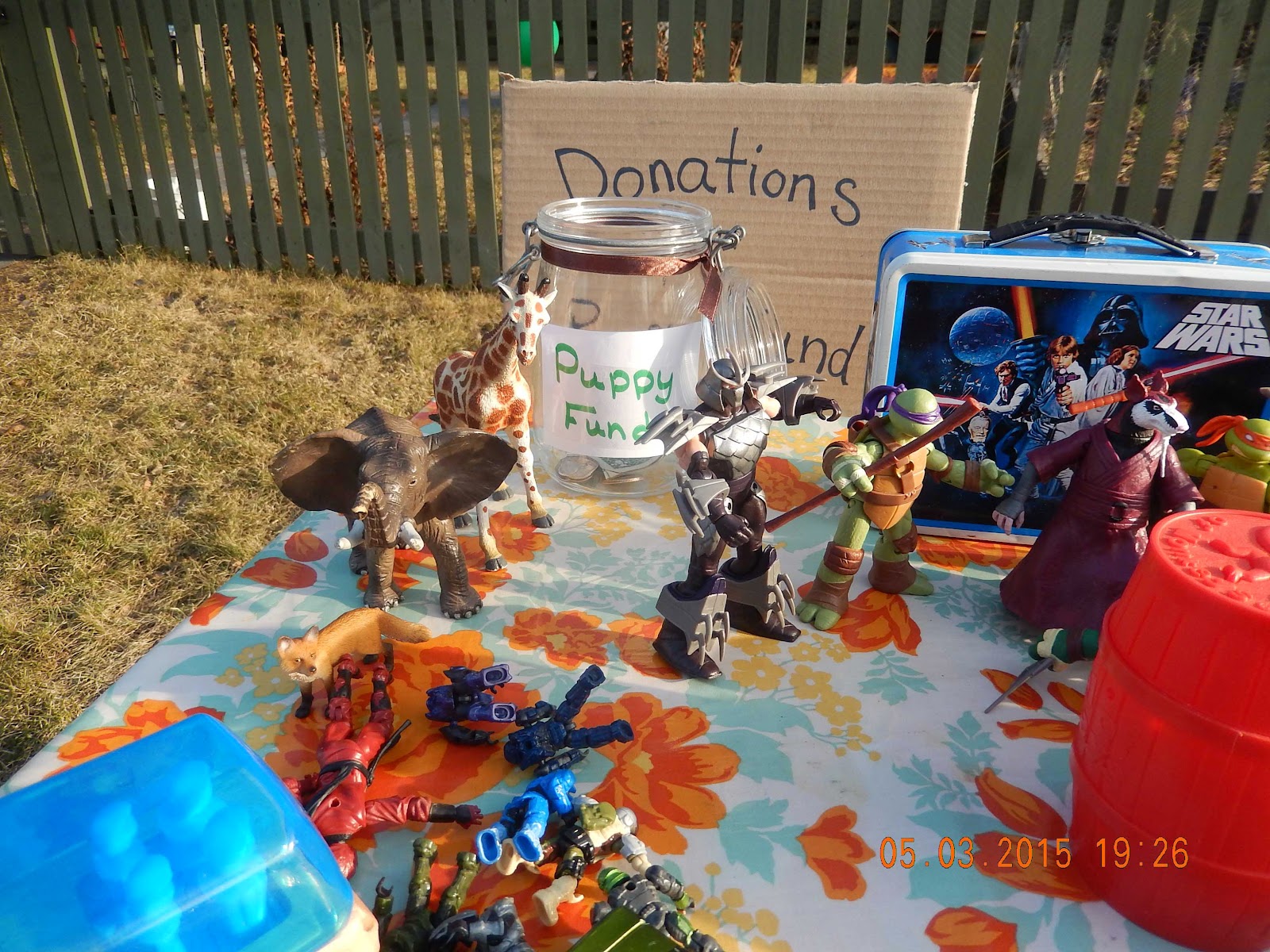 How could we not contribute? Jim got a small Ferrari, and I got a small orange bag that contained "Story Cubes," as inspiration for my MFA when times get tough. 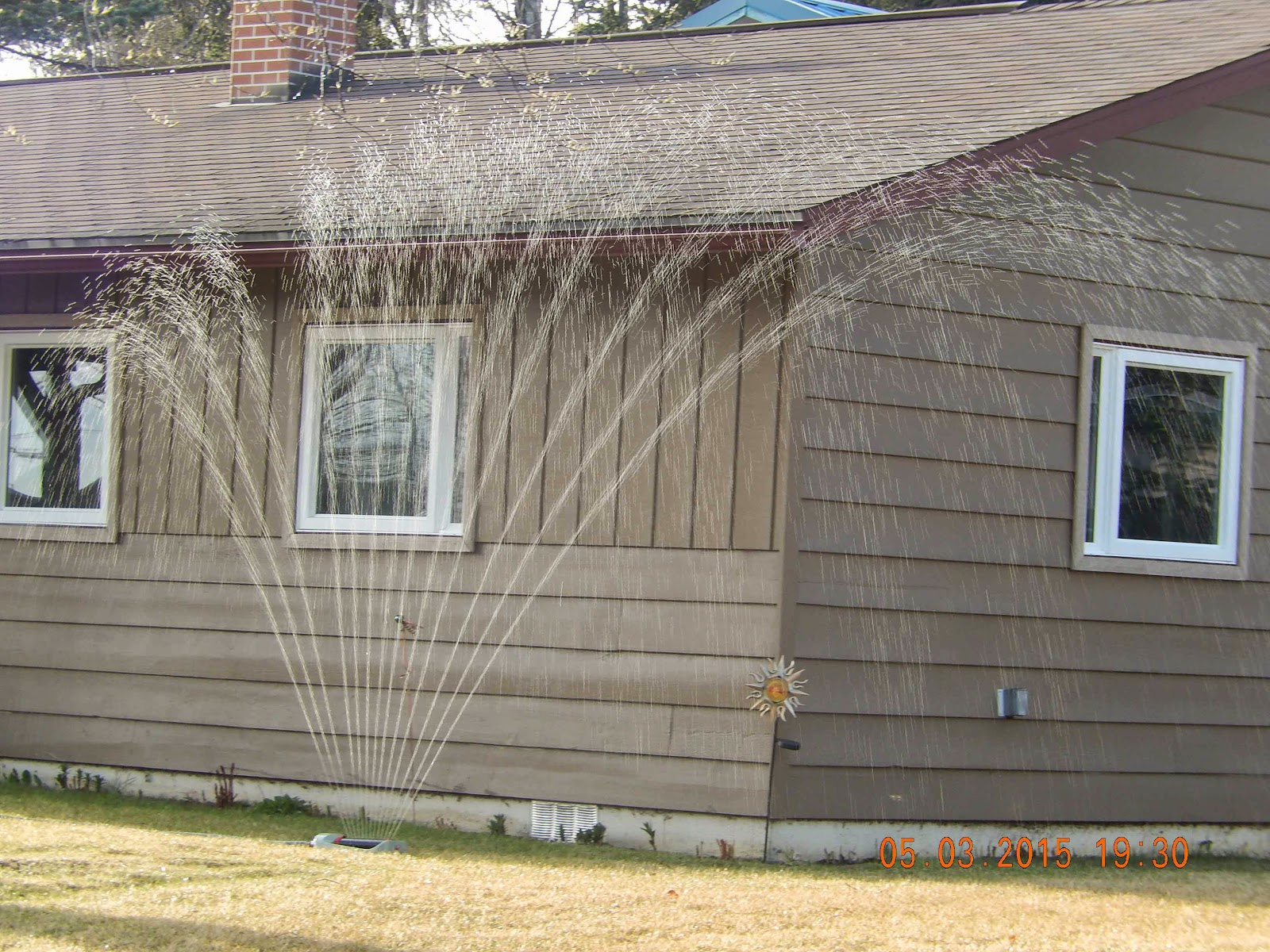 Sprinklers on -- we've had ours on too, because of lack of rain. Hasn't helped much because, as Jim points out, the grass won't turn green if there's no grass to start with. 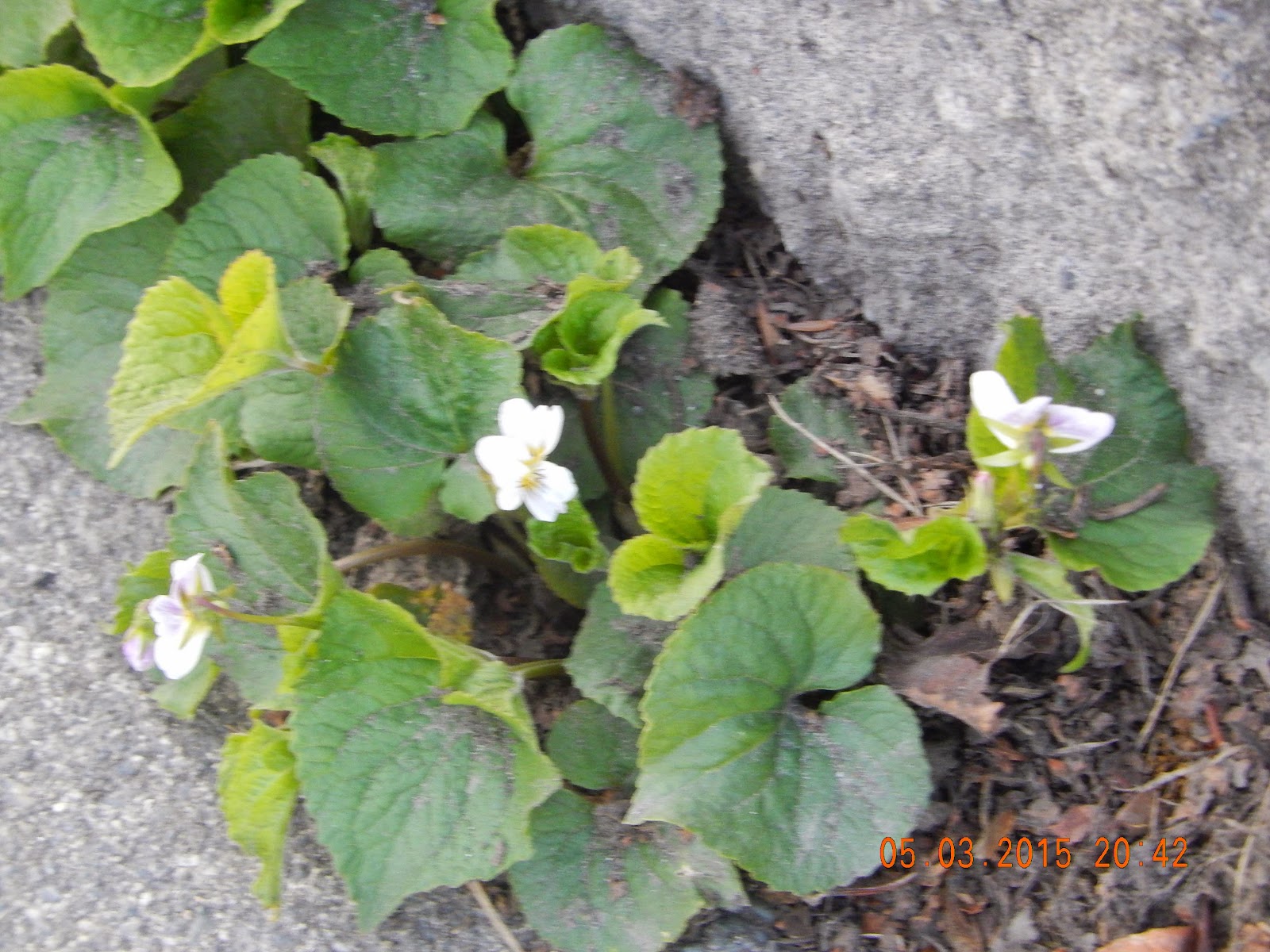