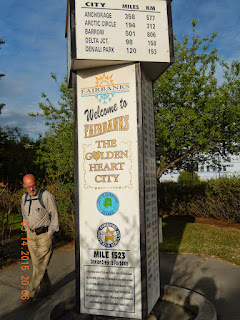 It's a long way to Fairbanks from just about anywhere except the city of North Pole. The furthest distance shown on the post on one of the other sides was 10,200 miles to Capetown, South Africa. 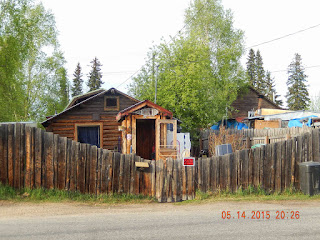 We had an hour to walk around and look at houses this evening. Fairbanks has many more of its little log homes downtown than Anchorage does. 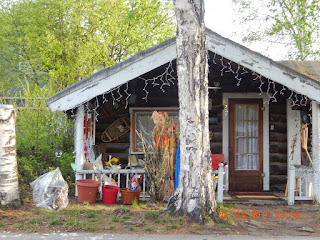 They are set on good-sized lots, and surrounded by white birch trees. 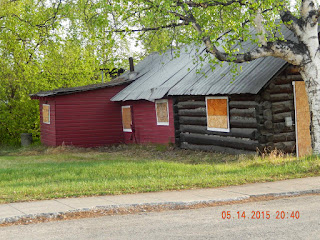 This one was boarded up, as were several others. The "pieced-together" style showed up a number of places. 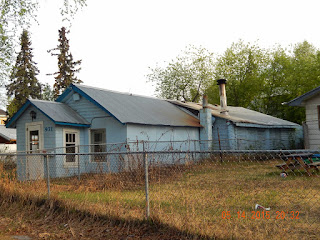 Part logs, a pieced-together house on a different block. 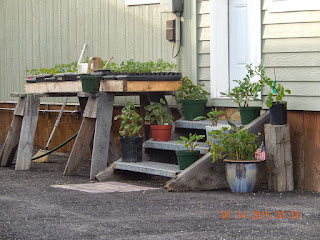 Many of the homes in the downtown area had plants out,or gardens, greenhouses or plant shelters. 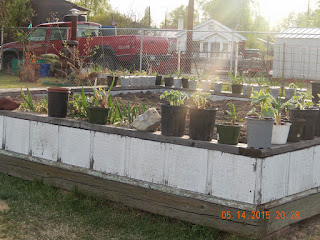 Few of the raised garden bed had plants in them, but this one had plenty of plants on its edges. 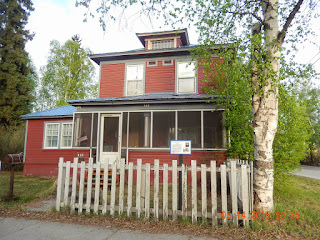 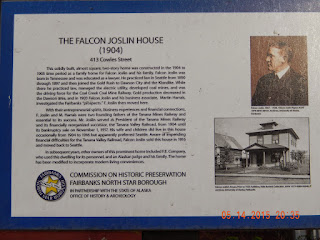 Mr. Joslin was a lawyer who came to Alaska for the Gold Rush. He built the house for his family in 1904-1905. He was president of the Tanana Valley Railroad for a while, but left for Seattle in 1916 just before the railroad declared bankruptcy. Didn't look like any one was living there at the moment. 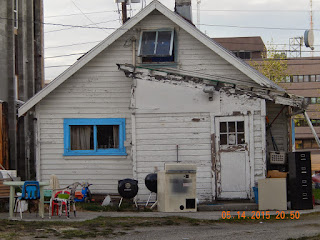 Well-lived-in, and plenty of living going on outside too. 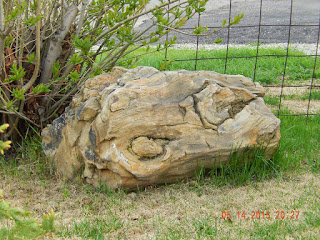 A chunk of petrified wood in a yard - don't know if this is Alaskan or not. 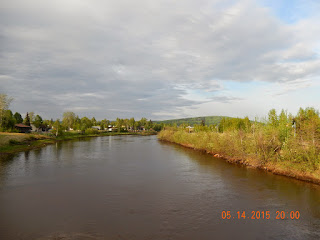 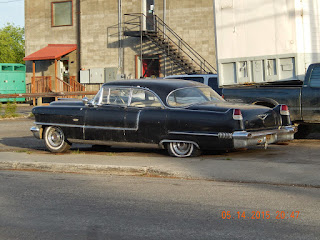 A Cadillac that made it up to Fairbanks, but may not make it back out. 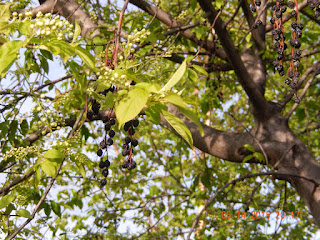 Last year's berries, and this year's leaves and flower stalks. 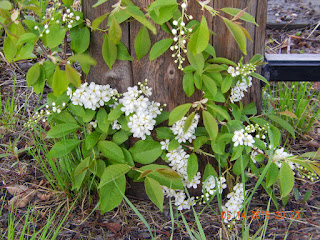 The May-day trees are beginning to bloom -- most fragrant.