Memorial Day weekend, and we have playgrounds, 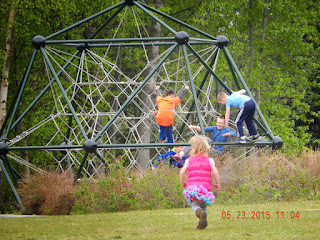 baby ducks (this mom had about eight; seven are in the photo. The babies must be a week old already; they sort of run along  the top of the water), 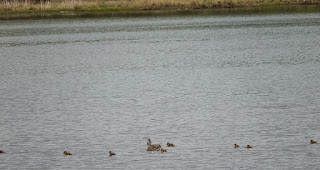 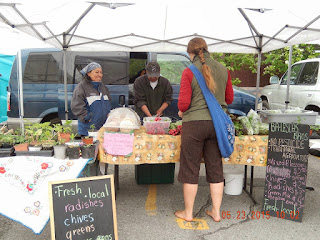 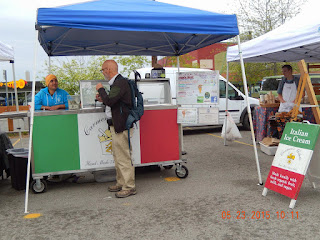 [Jim with gelato at the Spenard Market.] 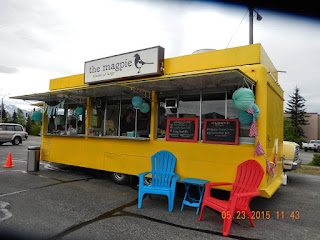 [The Magpie food truck at the 15th and Cordova St. Farmers' Market -- very elaborate setup in the truck, as required by Anchorage ordinances if you're going to do any cooking.] 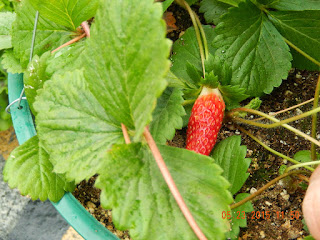 [Strawberry plants for sale, with proof that they can produce.] 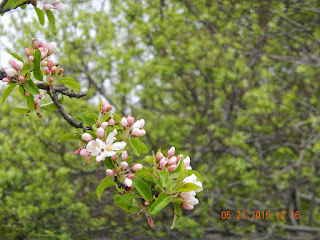 and plants in the ground everywhere [dahlias on Fifthe Avenue near L Street]. 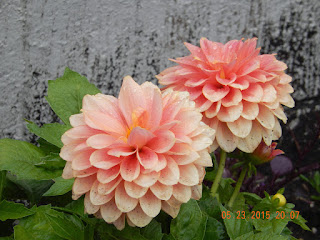 Rain too, but hardly enough to count. It didn't bother the people participating in a race along the Chester Creek trail, 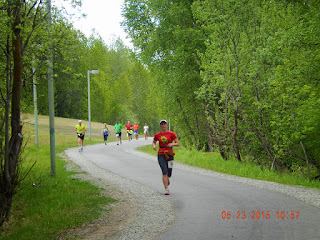 or the chalk pictures at Valley of the Moon Park, 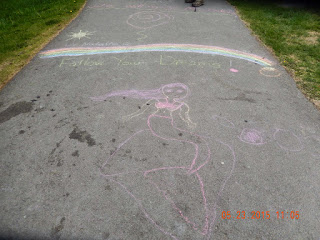 or the kids playing basketball at Chugach Elementary, 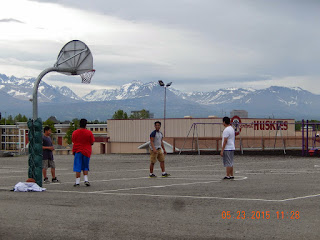 or the street re-paving on I Street. 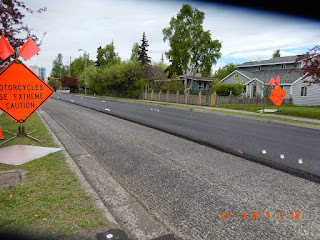 It probably helped the first mushrooms that I've seen, 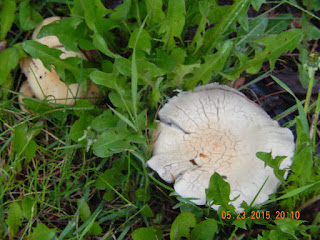 and the Jacob's Ladder wildflowers. 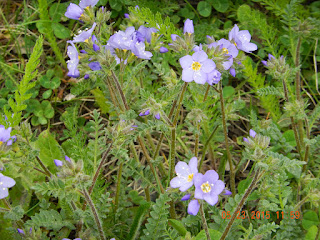 Later in the day, we walked through the Captain Cook Hotel, and found that they are celebrating their 50th Anniversary. As the story goes, the ground had not really stopped shaking with aftershocks with Wally Hickel announced that he was going to build a major new hotel at the west end of Fourth Avenue. He broke ground in June of 1964 , and the grand opening was on July 17, 1965. Fun to look at the displays and aerial photos that are in the main hallway along Fifth Avenue now. 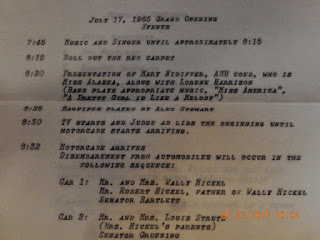 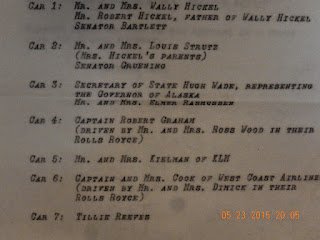 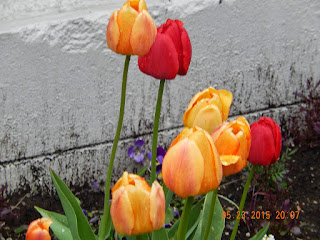 Tulips to finish off the evening.